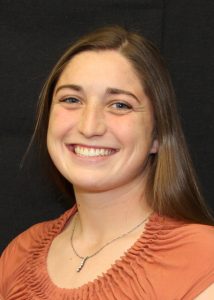 After graduating from Streetsboro, Jaclynn attended Muskingum University where I double majored in Business Management and Marketing. While at Muskingum, Jaclynn  continued playing softball for the Fighting Muskies all four years. Throughout her four year career Jaclynn  earned all OAC honors and helped lead the team to a conference and tournament championship.

Professionally, Jaclynn  found a career in Logistics  Management where she was fortunate enough to be able to utilize her  leadership skills where she  learned and developed on and off the field/court my whole life.

Much of Jaclynn’s success both on the field and in life has been driven by her family, friends, teammates, and friendly rivals. Thank you especially to Jaclynn’s Husband, Coach, Scorekeeper, Grandma, and Sister for all their support throughout the years.
>
>